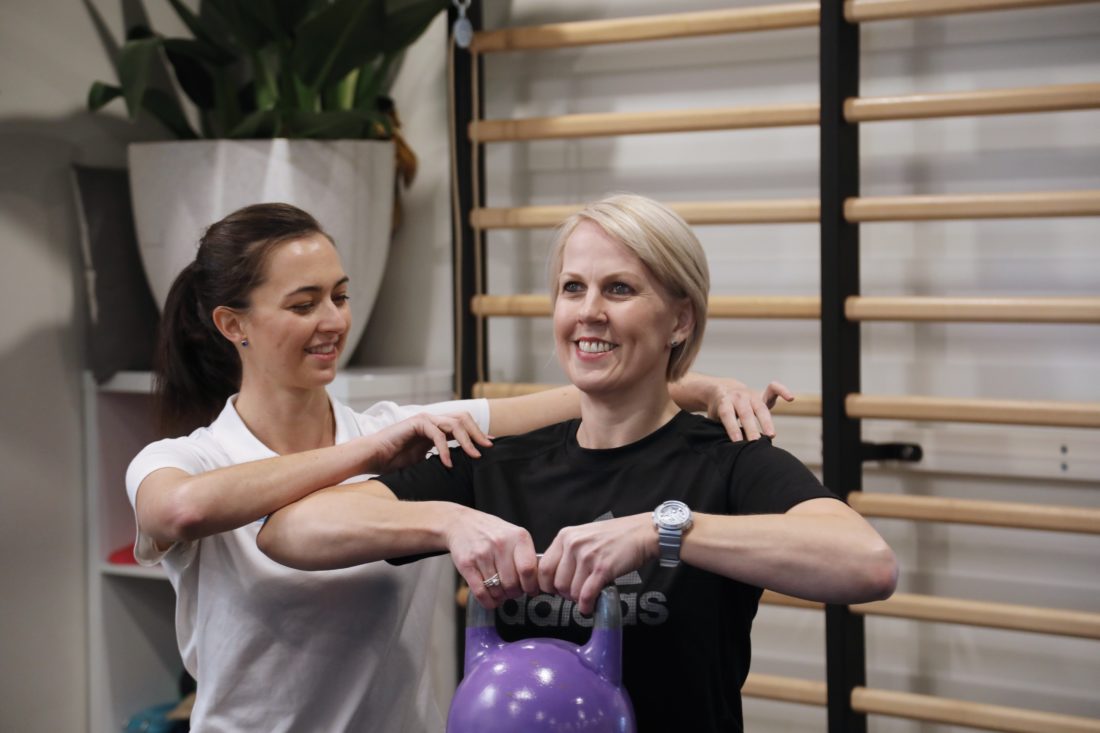 Multiple Sclerosis and the Benefits of Physical Therapy

If you or a loved one has been diagnosed with Multiple Sclerosis (MS) you would be more than aware of the physical and mental impact this disease can have on everyone involved. Rather than simply stating the facts that could be easily googled, the aim of this blog post is to delve into exactly how an individualised exercise program can improve the severity of MS symptoms and improve quality of life.

What is Multiple Sclerosis (MS)?
MS is a chronic inflammatory autoimmune disease of the central nervous system where the body’s own immune system stops recognising its own tissue and progressively breaks down the cells and structures of the nervous system. In the case of MS, in the early stages the tissue that gets broken down is the fatty substance that coats and protects the nerve fibres in the body and brain known as myelin sheaths. As these myelin sheaths continue to break down, the inflammation begins to attack the nerve fibres (axons) and contributes to slow progression of clinical disability often seen in MS patients.

The damage in the myelin sheaths and axons of nerves may result in a range of symptoms including loss of muscle strength, reduced or altered sensation, poor coordination and balance, fatigue, spasticity, visual disturbances, pain, emotional and cognitive changes, and reduced bladder and bowel function. With all of these potential symptoms impacting ability to perform usual daily activities, it is unfortunately very common for people with MS to report a decreased quality of life and reduced mental health.

Research states that to date, there is no one definitive and successful medical treatment for MS, however, a number of studies report strong evidence for the effectiveness of individualised exercise interventions that are aimed at reducing the severity and progression of MS symptoms.

No study, nor one particular type of exercise has been shown to cause harm or worsen MS symptoms.

So how exactly does exercise work?
Let’s start with fatigue, one of the most commonly reported symptoms of MS. MS fatigue is multifactorial and can be the result of  primary or secondary causes. Primary causes include inflammation, axonal loss or demyelination of the nerve sheaths in the brain or periphery, whereas secondary causes include sleep concerns, pain, poor movement patterns, medication and mental health changes. Many studies have linked changes or damage to the structures of the central nervous system with worsening fatigue suggesting that as MS progressively ‘shrinks’ some areas of the brain other areas have to work harder to process the same information which leads to fatigue 1. Other studies have identified that some areas of the brain in people with MS don’t metabolise and process glucose as well as people who don’t have MS which in turn leads to damage of brain tissue and fatigue 2. So what can exercise do to help? It is well accepted within the literature that despite the presence of MS, exercise completed several times per week reduces the degeneration of nerves in the central nervous system, helps to grow new nerve cells and helps to generate new pathways within the brain known as synapses 3 4. This is all achieved through an increase in the protein brain-derived neurotrophic factor (BDNF) which is released during exercise that works your muscles and makes you breathless. Although all exercise modalities are effective at increasing BDNF, high-intensity interval training has been shown to be most beneficial 5.

Exercise completed several times per week reduces the degeneration of nerves in the central nervous system, helps to grow new nerve cells and helps to generate new pathways within the brain.

Mental Health
Unfortunately it is very common for people with MS to report symptoms of depression and anxiety. This is not shocking news considering MS can cause a relatively quick decline in physical function and quality of life. However, research has shown that the depression and anxiety experienced by people with MS might not simply be a side effect of the physical changes, but rather a side effect of the chemical changes in the body caused by MS itself. MS is known to cause changes to a number of important chemical pathways in the body that contribute to mental health. Specifically, people with MS experience a reduction in dopamine due to damage in areas of the brain, experience an increase in the levels of histamine and inflammation, are unable to utilise and uptake serotonin as well as people who don’t have MS, and experience dysfunction to a pathway known as the hypothalamic–pituitary–adrenal (HPA) axis which is involved in the stress-response. All of the above changes and mechanisms are associated with anxiety, depression and stress regardless of any medical condition 6. Research shows that exercise can reverse these changes and normalise the production and effective use of these hormones 7.

Muscular Weakness:
MS lesions and damage caused to the peripheral nervous system due to inflammation in people with MS leads to numerous biomechanical changes and can be detrimental to muscle strength and movement patterns. Research has shown that people with MS are only able to activate 60-85% of their their muscle compared to the 90-95% in people without MS 1. This often results in fatigue, poor balance, and the feeling of muscular weakness or poor muscular endurance. Further, studies have shown that people with MS experience a change in muscle fibre type that is opposite to what is usually seen with the natural ageing process. Rather than experiencing a change from having more Type 2 muscle fibres (fatigable fibers that produce sharp bursts of power) to having more Type 1 fibres (slower to contract but less fatigable) like is seen in the normal part of the aging process, people with MS appear to reduce the number of Type 1 fibres and develop more Type 2 fibres. This means that the muscles become quickly fatigable, and may contract in a sharper, faster or more rigid fashion. Similar to the metabolic changes in the brain (previously mentioned), research has shown that metabolic changes in the muscle of people with MS results in a slower muscle recovery time following physical activity 10 11. In order to achieve benefits, any exercise intervention needs to be individualised and customised to the clients specific needs and movement patterns.

If exercise is individually prescribed and performed correctly it will help to reduce fatigue of working muscles, improve movement patterns, and improve recovery following exercise.

Cardiovascular Fitness:
Research shows that people with MS have a reduced cardiovascular fitness compared to people who don’t have MS 12. This is concerning given that cardiovascular fitness is a leading predictor of illness and mortality. There is some evidence to suggest that this reduction in cardiovascular fitness is caused by a dysfunction of the autonomic nervous system, a system that allows us to un-consciously control heart rate, blood pressure, digestion, respiratory rate, urination, etc 13. Exercise is highly effective at improving cardiovascular fitness so much so that the Australian government fund exercise programs for people who have experienced a cardiac event. The benefits of exercise for heart and lung function are plentiful and only some are referred to in this article. Aerobic exercise improves the ability of your small blood vessels to extract oxygen from the lungs, and then in turn improves the ability of your body to utilise that oxygen to make energy. This is particularly important given the metabolic changes within the muscle experienced by people with MS. Exercise improves heart function reducing the effort required to perform tasks, increases the number of small blood vessels in the body, and improves the delivery of nutrients to the working muscles.

The Relapse Phase:
Experiencing a relapse of MS symptoms can be both physically and mentally debilitating. Research shows that during the ‘relapse phase’ the immune system becomes more active and causes an increase in inflammation around the body 8. This increase in pro-inflammatory proteins and inflammation contributes to the progression of MS symptoms. However it’s not all bad news! Research has shown that exercise reduces inflammation by increasing the number of ‘anti-inflammatory proteins in the body known as anti-inflammatory cytokines 9. This reduction in inflammation may help to reduce the severity or duration of a relapse.

Exercise reduces inflammation by increasing the number of ‘anti-inflammatory proteins’ and may help to reduce the severity or duration of a relapse.

There is very strong evidence to support the effectiveness of exercise for people with MS. No study, nor one particular type of exercise has been shown to cause harm or worsen MS symptoms. If performed correctly under the guidance of someone who is educated about the medical, physical and psychological implications of a MS diagnosis, then there is no harm in getting started immediately.

The team at Body Smart Health are aware that people are complex and often come with multiple medical and/or musculoskeletal conditions. Ask for a consultation with one of our exercise physiologists or physiotherapists today.

7. Dalgas, U., Stenager, E., Sloth, M. & Stenager, E. The effect of exercise on depressive symptoms in multiple sclerosis based on a meta-analysis and critical review of the literature. European Journal of Neurology vol. 22 443–e34 (2015).